Posted at h in audio & video, computer, works by

For viola, contrabass, and electronics (computer and MIDI keyboard, played by a third musician).
dur. 15′ 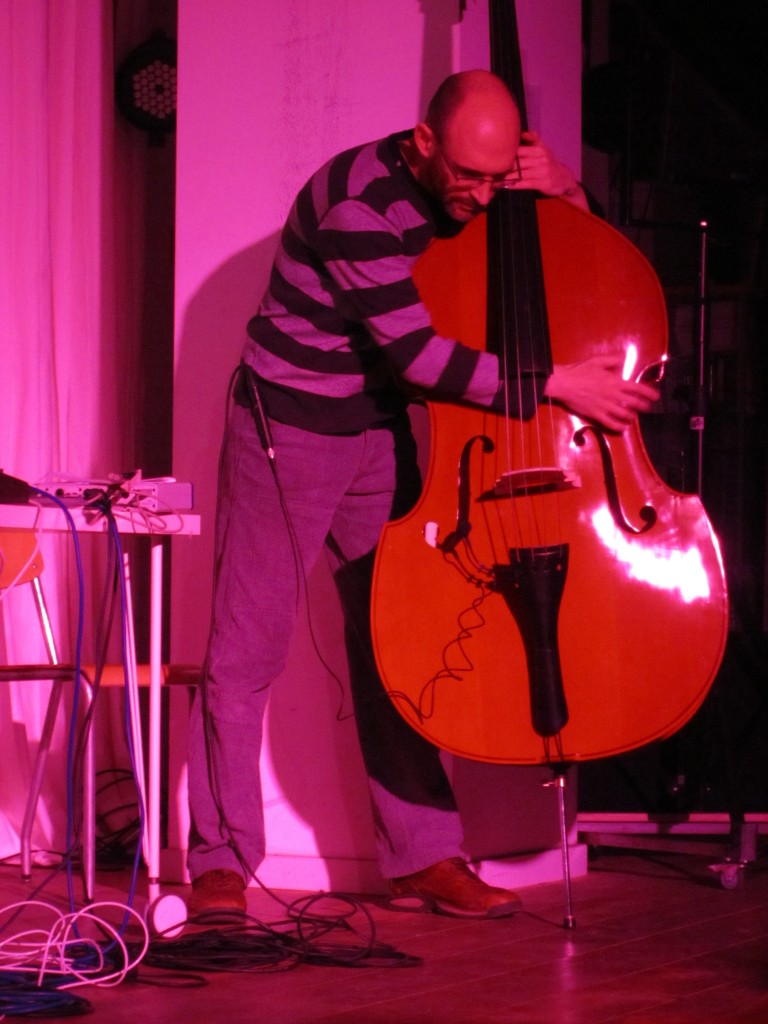 As suggested by the title (which could be translated from Spanish as: “mode of remembering, mode of forgetting”), MRMO deal with the limitations of the memory. The act of remembering (recording what the instruments play live and storing the information in one of the computer’s 12 memories slots) is inseparable from the process of forgetting (erasing older, previously stored data). This recording-erasing process is recurring in different parts of the composition, resulting in changing combinations of old and new material. MRMO also features a mixture of structure and improvisation (to read more about this aspect of this work, see https://www.freedomandfixity.com/modo-recordar-modo-olvidar/).

Originally, the composition was written for Hatzatz. It was realized by us mainly as a group improvisation (maintaining the same material / structure / electronic process), based on the original score version.