Seven Different Ways of Getting Lost

Posted at h in instrumental / vocal, works by

Seven Different Ways of Getting Lost, a chamber music piece composed for the ASKO ensemble, was an early attempt to explicitly introduce flexibility into a written score. I was trying to balance between these two ingredients: on one side the traditionally written musical material (notes, rhythm, bars and so on), and on the other side instructed guidance towards improvisation (providing the players with the possibility to choose between several musical alternatives or providing them with incomplete or very basic information that asks for intervention – all choices that have to be done in real time). The composition goes through several phases of combination between the two elements: from an entirely “fixed” and notated staring point, until reaching the final resolution in the form of “free” improvisation. This process was meant to function not only as a compositional working method, but to be perceived as such by the audience. 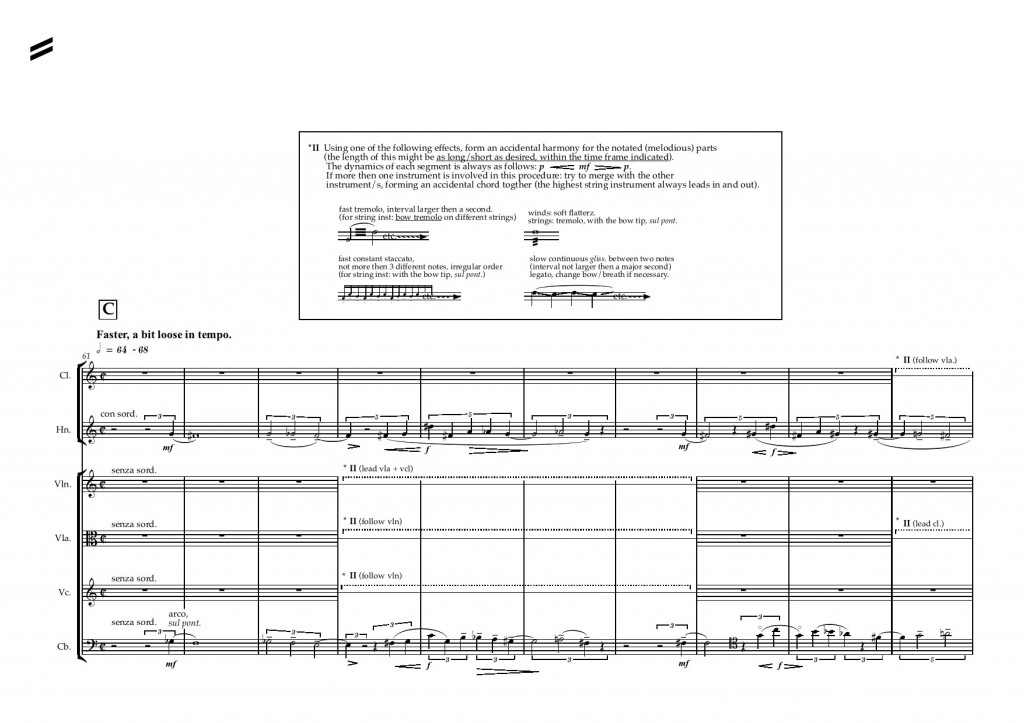