The work was commissioned by Ensemble Modelo62 for their Intercity Sessions concert series. I had the chance to work in a close collaboration with the ensemble, and to experience the way this work changed and developed between performance and the next. Stations and Journeys has a partially open and partially notated score. During the performance the musicians walk between several “stations” – moving from one notated part to another at different locations on stage. The constant movement of the musicians between the stations gradually re-arranges the instrumentation in each section as the group accumulates and breaks apart, and the emerging combinations between the simultaneously played stations create a free-flowing spatial setting for the performance.

The encounters staged in this work invites the audience to witness the intertwinement of structure, (free-) improvisation, (open-) notation, musicians, and musical instruments. The way these elements are interleaved with one another opens not only musical paths but also physical paths on stage. 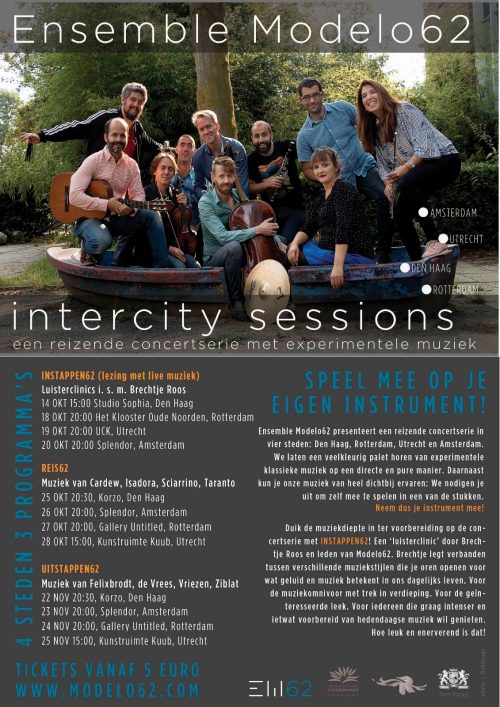