In the Eye of the Storm
319
post-template-default,single,single-post,postid-319,single-format-standard,bridge-core-1.0.6,ajax_fade,page_not_loaded,boxed,,qode-title-hidden,side_menu_slide_from_right,qode-content-sidebar-responsive,qode-theme-ver-18.2,qode-theme-bridge,disabled_footer_top,wpb-js-composer js-comp-ver-6.0.5,vc_responsive

In the Eye of the Storm

Posted at h in instrumental / vocal, works by ilya

In this graphic score, several melodic segments are structured in a circle. The musicians explore different paths in the score, reading the material clock- or counterclockwise, simultaneously together or taking different directions.

The title suggests an imaginary landscape of a very turbulent weather, summoning into the scene some fantastic and surreal events, perhaps even paranormal in their nature. The middle part (the ‘eye of the storm’) is calm and dreamy in its nature.

Program Notes:  ‘…stories of survivors who have stayed alive through this deadly hurricane (the hurricane “Edna”, Louisiana, 1923), express the terror it had spread across their peaceful community.  The storm has taken everything that was laid down along its deadly path, not distinguishing between houses, trees or farms, not stopping for a moment to show the least pity or mercy towards its victims, may they be cows, horses, or humanly-inhabited residences.  The storm accumulated everything laying in its path, creating a vortex of unrelated objects, tossing them one against another, or violently dropping them to the ground, only to pick them up again in its self-generating chaos. Nevertheless, the few survivors to have lived through the horrors of this twister have repeated that while passing through the middle of the hurricane, that part known as the ‘eye of the storm’, a sudden, inexplicable tranquility filled the air, an out-of-this-world silence.  A few testimonies claim that in such moments one might even encounter fantastic beings, creatures of the imagination to be brought into reality, fairies and muted, hasty dwarves rushing silently into the random ruins which the storm had left in its wake.  Of course, once the violent tempest continued in its path and the calmness of the eye had passed, the brutal mayhem returned once again, deadly and chaotic…’ (from the North Louisiana Tribune, 12 September, 1923) 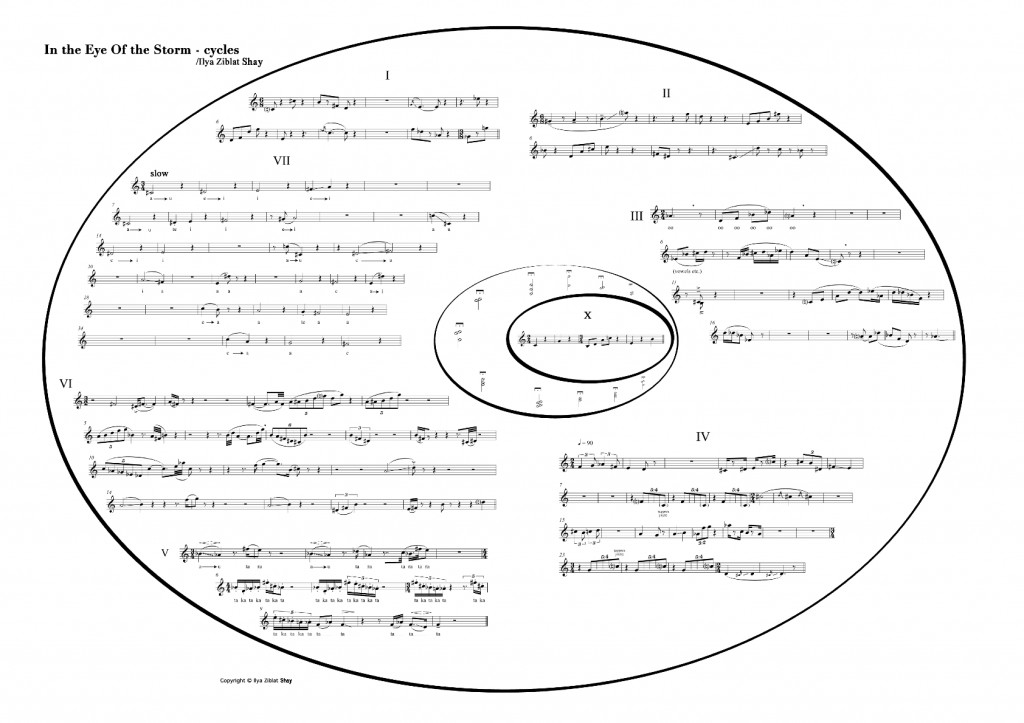